PREPARATION FOR THE INTERNSHIP

I have studied English only in school and I haven’t been able to use it so much in my home country. So going to internship to Japan was good opportunity to practice my English skills in real life. I have an interest for Japanese culture for long time. So I have self studied Japanese language a bit at my home for some time. Our school organized a course for us who go to Japan. There we studied the basics of Japanese language. Our school also held on the course where we studied Japanese culture. To get money for internship I worked last year that I got money for departure and leaving expansions.

In English I have basics skills but have much to learn in both side of English writing and speaking. In Japanese I only as far have learned only basic words. I am really eager to learn more, how to speak better Japanese and how can I improve it.

STUDIES DURING THE INTERNSHIP

Before I came to Japan to study my main target was to learn to use Solidworks software. So in Japan I used Solidworks software to make my research project. I also took part in a Cad (Computer-aided design) lesson where we used the same type of program that is much more widely used in Japan. I have learned to use Pro Engineer planning software in the basic level.

I have been able to speak English with people what was my first goal to achieve during the exchange. With students I mostly speak only Japanese. Therefore my Japanese dictionary is improved very much.

I also attended the mechatronics (mechatronics is combination between mechanics and electronics) class. I studied to operate mechanical device by PIC microcontroller which is programmed by computer.

I participated in Architecture lessons where we built a wooden bridge. We tested the bridge by increasing the load on the center of the bridge until it fell apart. In this way we were able to visualize the structures durability.

I joined in MC (machine center) lesson. In lesson I learned to build a program for machine center. With good software machine is able to manufacture metal parts. I learned also to use the device manually. I think it’s very important to learn using MC machine as a mechanical engineer.

INTERCOMMUNICATION AND DAILY LIFE DURING THE INTERNSHIP

All people have been really kind to me. When I have had problems with something I’ve always been helped by teachers or students. This is allowed me to very quickly get used to school life in Japan.

With teachers, I usually speak English, but the exchange of the second half I’ve been able to discuss them with the Japanese. With students I mostly speak only Japanese.

Students and teachers are arranged on weekends to me a lot of programs. We have often gone out to eat Yakiniku and a couple of times while we went to see cherry trees in blossom. We went once to a tulip festival where was lots of flowers.

Trip to Tokyo where we went to see Z?j?-ji Temple. The place was really gorgeous. Gardens were really beautiful and buildings were really amazing. We also visited to see Tokyo Tower.

We became acquainted with Satoshi Tanabe and he joined with us to look at the sights of Kyoto. In the morning we left to walk towards the Kinkaku-ji. On the way we went to Ninna-ji which had in my opinion, the greatest building. By Satoshi Tanabe wish we went to to Ry?an-ji where is famous rock garden. It was a truly magnificent. Kinkaku-ji on arrival I did not expect much because I’ve seen a lot of pictures of it. But when I saw the building I was speechless.

A couple of weeks after the golden week. We went to a Exploring to Hokkaido. Hakodate we went to mountains with ropeway. At the mountain you could see every very. The sea was really wide It just went on and on. After climbing down from the mountain we went to the famous fortress of Hakodate. It was really stunning. I could hardly stay in place. The fortress was surrounded by a wonderful garden.

INTERNATIONAL UNDERSTANDING BEFORE AND AFTER THE INTERNSHIP

Japan is one of leading country in science and technology area. So based on that, I think myself, every one good engineer should go visit there ones in her- / or during in his life time Japan has great culture and history. Yes, It is sure a country with long fascinating history that I’m really interested to study about more and deeper. Wooden houses and old temples interest me as being an engineer. I have heard that Japanese people are more open and kinder.

Japans Hot springs are well known around world as good health resort places. Hokkaido is the northern main island that has warm summers and long, cold winters with heavy snowfall. Hokkaido is Japan’s second largest island. Hokkaido’s the largest city is its capital, Sapporo. Hokkaido’s island has a number of mountains and volcanic grounds. Kushiro has been an important port city in Hokkaido. Kushiro is most peopled city in eastern Hokkaido.

The Japanese are very polite, and virtually you will be welcomed to every shop ”irasshaimase”. When you walk on the street sometimes stranger person may easily say to you “Konichiwa”.

The school research equipment was all really amazing and new. The school had a lot of research equipment that I hadn’t seen before. The school computers that we used for Solidworks software were really fast. Japan Technology is a really advanced. At the city you can see a lot of hybrid cars and variety of cool devices. That we don’t have yet in Finland. In particular, I noticed this when I visited in Tokyo.

The Japanese students are very shy. I was always first to go and talk to them if I wanted to start a conversation. Many Japanese are really good at writing in English. They were much better writers then me. But when I tried to talk to them in English they are afraid talking English. Normally, I spoke only Japanese, with students. Although I’m not good at it.

The Japanese are really close to nature. When I’m going to the school I often noticed when people are take care of their garden. And yes these gardens really look stunning. People are voluntarily picking up the garbage. So nature stays clean for younger generations. This is what we Finns are trying to do and we respect that.

INTERESTS IN NEXT OVERSEA STUDIES

Japan was really the only country which I wanted go internship. I think Japanese language is really fun and cool to talk. I wanted also see old wooden temples and buildings that interested me as being an engineer. How does the building have been made and how the planks are connected to each other. And as we know every man is definitely interested in the Japanese Samurai lifestyles. Including me.

But in Japan there is still much to see. I think I will travel to Japan again, at least going on holiday trip.

During my Japan’s intership my Japanese language skills have been developed tremendously. I’ve also been able to exercise my in the English language skills. After the intership I have gained a courage and confidence to talk internationally. At school I was able to studding using of machining centers. That is really important device mechanical engineer. I think that it is useful to me in the future.

During the internship I have received a lot of international friends. With whom I will still continue to talk after internship. I got to see the Kyoto gorgeous old buildings. They were just as good as I had imagined. I hope I get to see them again soon. 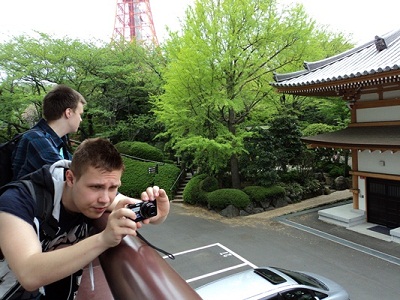 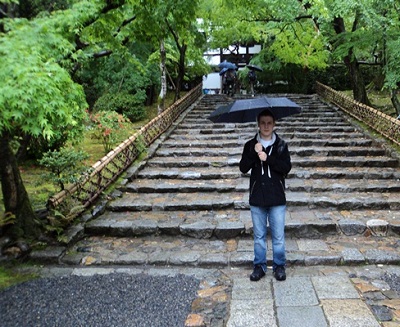 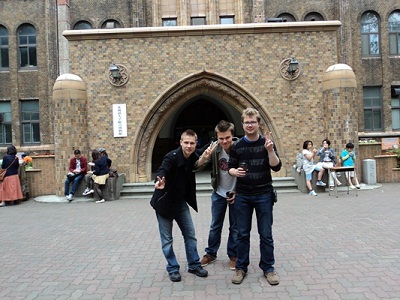